Brexit has exact time and date. 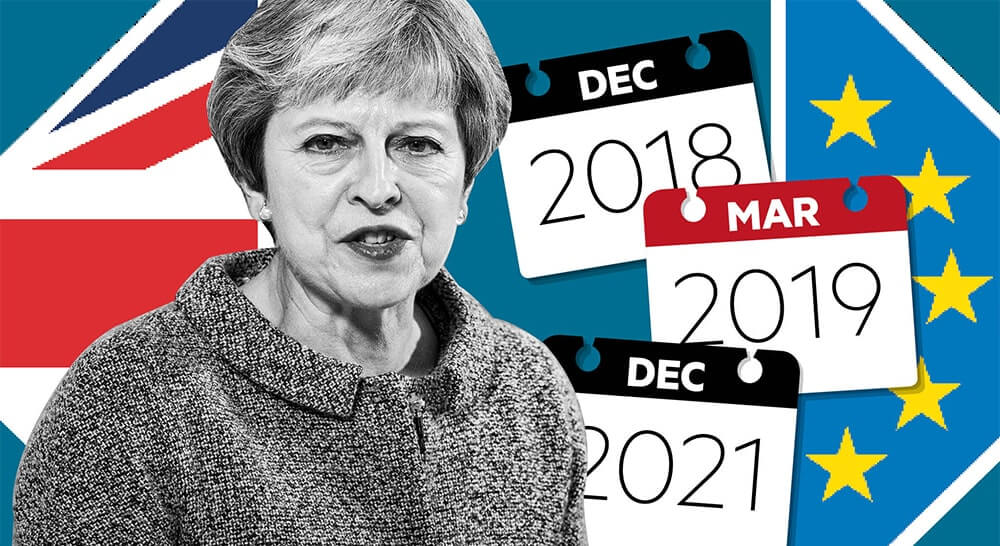 Brexit has exact time and date.

The UK voted to leave the European Union. The departure date is now scheduled to happen at 11pm UK time on Friday 29 March, 2019. The UK and EU have agreed on three main issues of how much the UK owes the EU as well as on what happens to the Northern Ireland border and to the UK citizens living in the EU. Also EU citizens living in the UK have been discussed and an agreement reached. Talks are now focused on future political relations as well as a plan for a two year "adaptation" period to make the post-Brexit period as easy as it can be..

Theresa May announced that a change to the EU withdrawal bill to change the date of Brexit will be activated only in “extremely exceptional circumstances” but as it stands that date will be the 29th of March of 2019.

Some Tory MPs have shown some disagreement in regards the date of Brexit, saying this is quite inflexible even though the government seems to accept a change to this amendment by another Conservative, Oliver Letwin, in regards to the date change. Theresa May have however added: “…We’re very clear – we will be leaving the EU on 29 March 2019, at 11pm. The bill that is going through does not determine that the UK leaves the EU – that’s part of the article 50 process, and is a matter of international law.”

Both the UK and the EU are inclined on the idea of being a period of time after the 29th of March, 2019, to get things in place and permit businesses and other third parties to get ready for the new post-Brexit legislation. The EU aspires the transition period to continue pretty much as it is now and to last up to 31st of December 2020. The UK seems to want a slightly longer period of around two years, or as long as it takes to stabilize the new period. Free movement of people and goods seems to continue during that period and the UK may still have to abide by new laws from Brussels, without having a direct voice on how they are regulated. However a final agreement has yet to be reached on this matter.