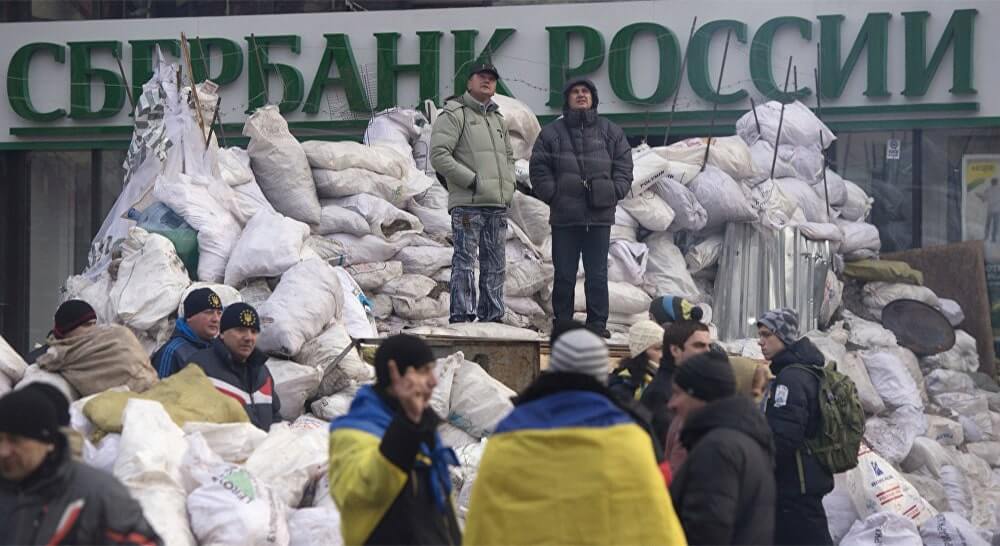 Sberbank, a Russian state owned bank, have been under attack on Ukrainian territory for the past weeks. This organised attack conducted by nationalist Ukrainian groups comes as a retaliation to the unlawful activities and political repercussions on Ukraine by Russia which has been affecting Ukraine's sovereignty territory and economy.

Some Sberbank branches were burnt down in Lviv, while others were barricaded like in Kiev. In Dnipro the (4th largest city in Ukraine) one of the branches located at former Lenina Boulevard (now Voscreceskaya Boulevard) was painted in red paint as a symbol of the innocent blood shed due to Russian policies over Ukraine and the overall conflict between both nations in the past months.

Moscow has urged Kiev to protect Sberbank's activities in Ukrainian territory, but up until now the bank activity has ceased in all Ukraine for safety reasons. President Porashenko said talks about this incident would start on Wednesday the 15th, however Sberbank activity still halted in all Ukraine and more developments are expected soon about the bank's future in Ukrainian soil.